The effects of Trib1Δhep on plasma lipid levels, lipoprotein particle distribution and clearance, and LDLR levels are attenuated in the absence of CEBPα. 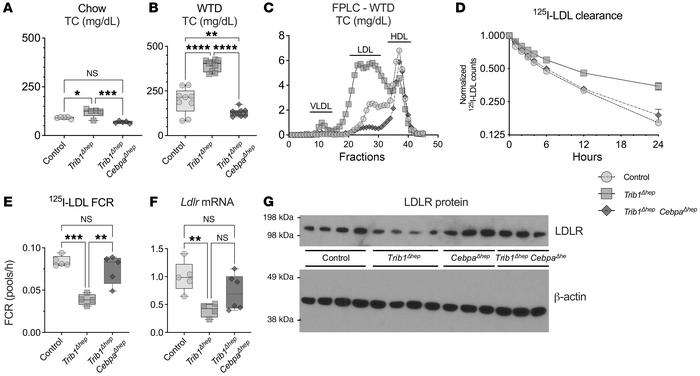