The delayed apoB-lipoprotein clearance in Trib1Δhep mice is dependent on the LDLR but loss of TRIB1 further increases steady-state plasma lipids in the absence of LDLR. 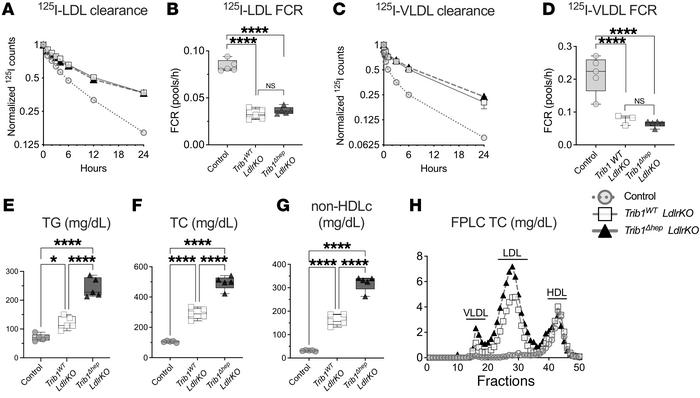