Exacerbated liver IR injury in mice with hepatocyte-specific deletion of miR122 is reduced by reconstitution of the miR122 mimic. 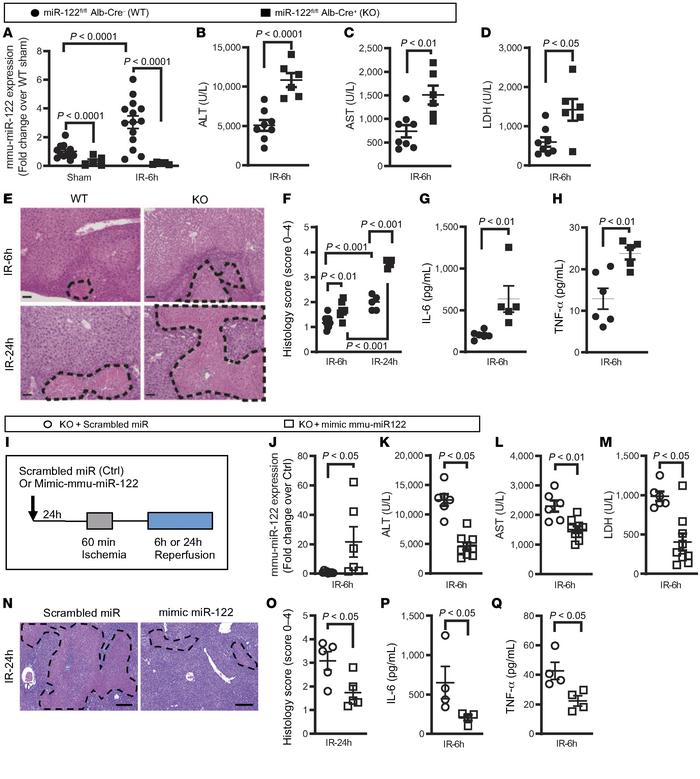