Edema and neuronal excitability after TBI. 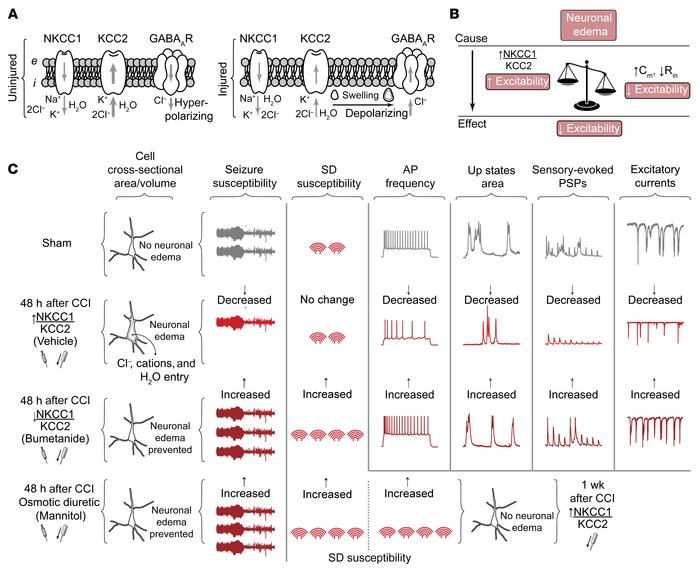 () Schematic shows neuronal membrane with proteins known to be active in both neuronal volume and excitability (NKCC1, KCC2, and GABAA receptors) before and after CCI, with predicted changes in ionic flux and membrane diameter (cell size). () Cell swelling and chloride fluxes should have opposite effects on excitability, with swelling predicted to be associated with a reduction in excitability and swelling-associated chloride shifts with an increase in excitability. Schematic shows the observed effects, with cell volume effects prevailing over chloride effects. Dep., depolarizing. () Summary of experimental findings.