Given the numerous health benefits of exercise, understanding how exercise capacity is regulated is a question of paramount importance. Circulating interleukin 6 (IL-6) levels surge during exercise and IL-6 favors exercise capacity. However, neither the cellular origin of circulating IL-6 during exercise nor the means by which this cytokine enhances exercise capacity has been formally established yet. Here we show through genetic means that the majority of circulating IL-6 detectable during exercise originates from muscle and that to increase exercise capacity, IL-6 must signal in osteoblasts to favor osteoclast differentiation and the release of bioactive osteocalcin in the general circulation. This explains why mice lacking the IL-6 receptor only in osteoblasts exhibit a deficit in exercise capacity of similar severity to the one seen in mice lacking muscle-derived IL-6 (mIL-6), and why this deficit is correctable by osteocalcin but not by IL-6. Furthermore, in agreement with the notion that IL-6 acts through osteocalcin, we demonstrate that mIL-6 promotes nutrient uptake and catabolism into myofibers during exercise in an osteocalcin-dependent manner. Finally, we show that the crosstalk between osteocalcin and IL-6 is conserved between rodents and humans. This study provides evidence that a muscle-bone-muscle endocrine axis is necessary to increase muscle function during exercise in rodents and humans. 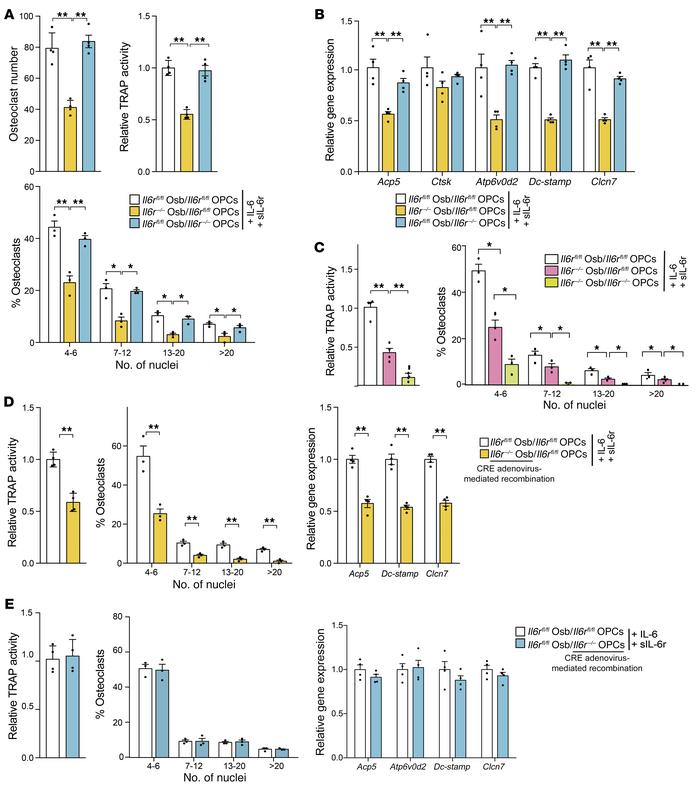