Synergy between PLA2G1B activity and gp41. 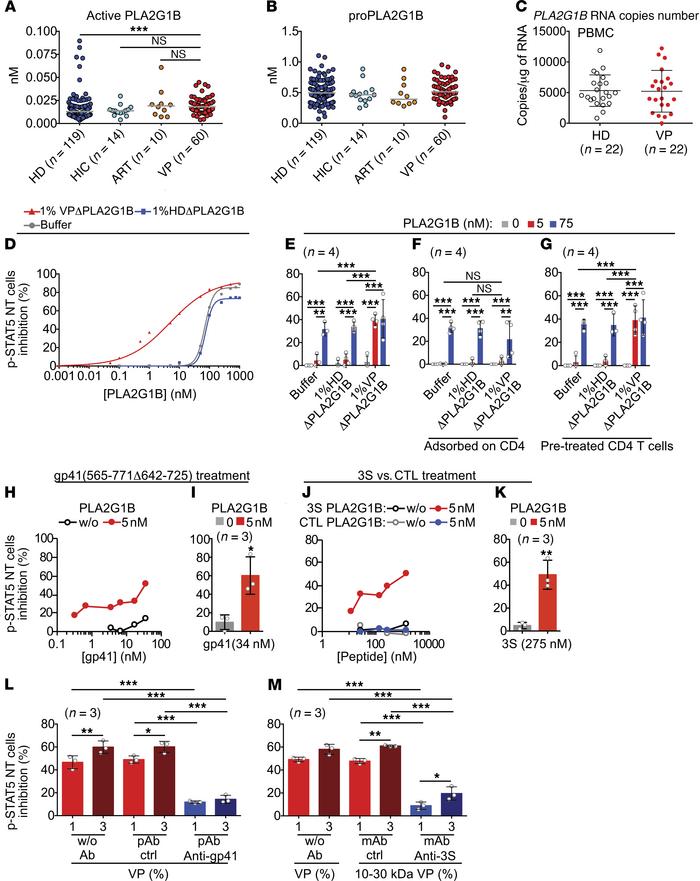