Infusion of AAV2GluN2BshRNA into mPFC of but not , male mice occludes the antidepressant effects of ketamine. 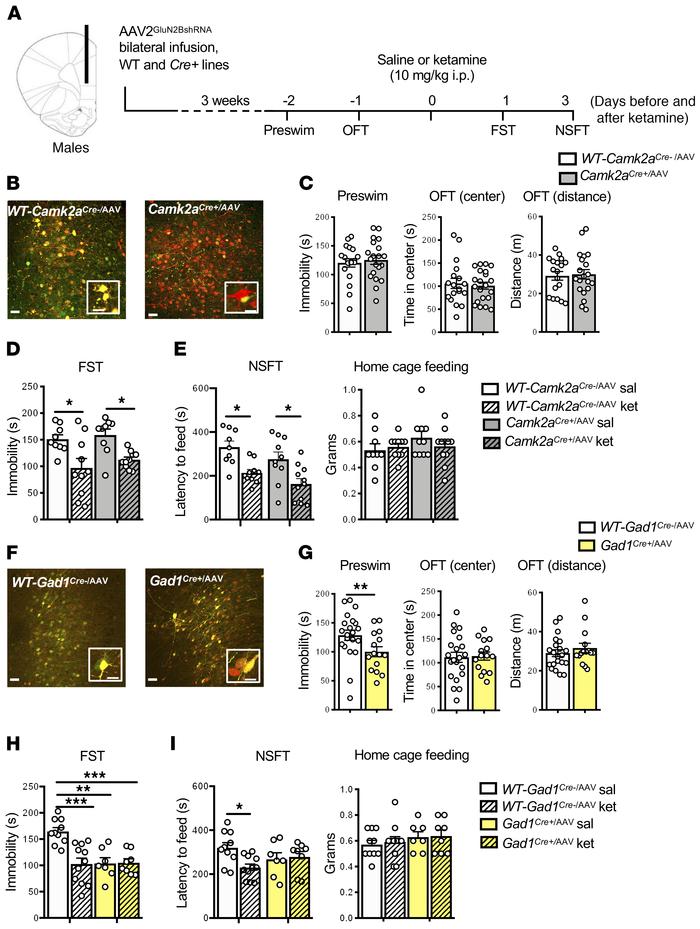