We report on 2 patients with compound heterozygous mutations in forkhead box N1 (FOXN1), a transcription factor essential for thymic epithelial cell (TEC) differentiation. TECs are critical for T cell development. Both patients had a presentation consistent with T–/loB+NK+ SCID, with normal hair and nails, distinct from the classic nude/SCID phenotype in individuals with autosomal-recessive FOXN1 mutations. To understand the basis of this phenotype and the effects of the mutations on FOXN1, we generated mice using CRISPR-Cas9 technology to genocopy mutations in 1 of the patients. The mice with the Foxn1 compound heterozygous mutations had thymic hypoplasia, causing a T–B+NK+ SCID phenotype, whereas the hair and nails of these mice were normal. Characterization of the functional changes due to the Foxn1 mutations revealed a 5–amino acid segment at the end of the DNA-binding domain essential for the development of TECs but not keratinocytes. The transcriptional activity of this Foxn1 mutant was partly retained, indicating a region that specifies TEC functions. Analysis of an additional 9 FOXN1 mutations identified in multiple unrelated patients revealed distinct functional consequences contingent on the impact of the mutation on the DNA-binding and transactivation domains of FOXN1. 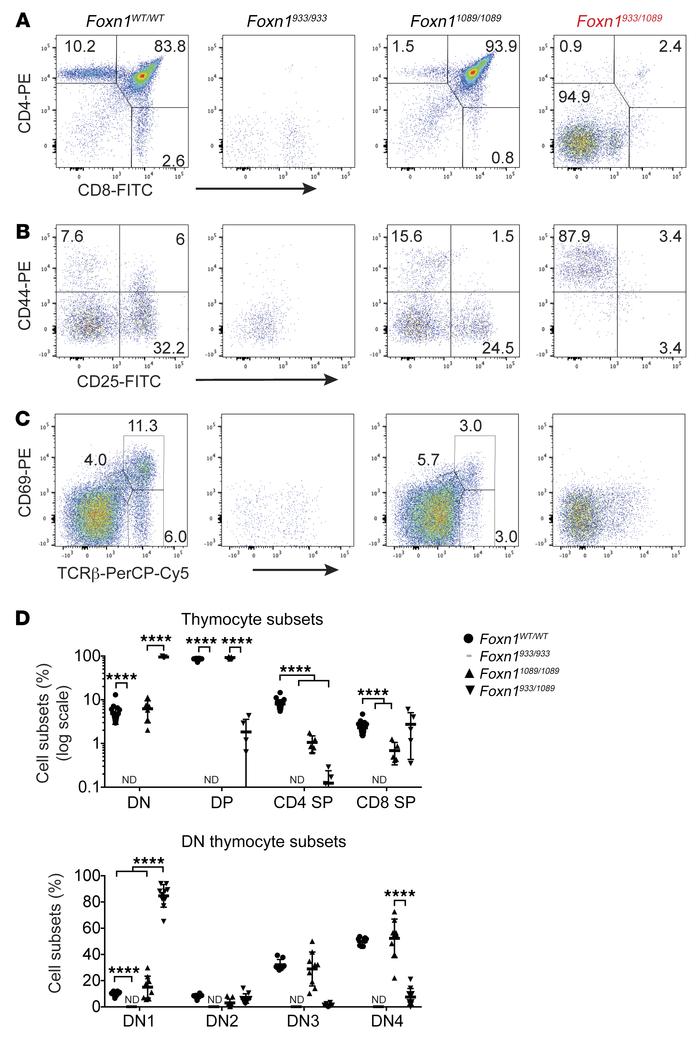