SOX9 immunostaining reveals a population of proximal tubule cells that have failed to repair with no evidence for endocycle. 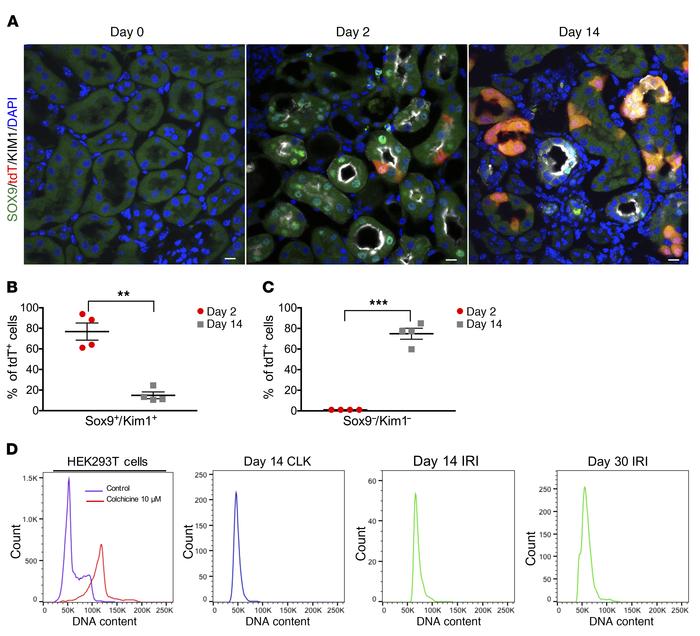 () Immunostaining for SOX9 shows absence at baseline (day 0), but expression in tdTom cells upon injury (day 2). At day 14, there are a few tdTom cells that have persistent SOX9 expression, suggesting that these are cells that have failed repair. Scale bars: 10 μM. () Quantification of percentages of tdTom cells that express both SOX9 and KIM1 at day 2 and day 14. () Quantification of the percentages of tdTom cells that do not express SOX9 and KIM1 at day 2 and day 14. () DNA content analysis. Far left, HEK293T cells treated with colchicine used as a positive control for polyploidy. Sorted tdTomato+ cells from CLK and IRI kidneys at the designated time points show no polyploidy. For –, = 4 mice per time point were used for analysis. For , representative experiments are shown from = 4 independent experiments for each time point. ** < 0.01; *** < 0.001, Student’s test.