Why are diabetics prone to kidney infections?

Why are diabetics prone to kidney infections?

People with diabetes mellitus are at higher risk of developing serious ascending infections of the urinary tract. The traditional explanation has focused on the role of glycosuria in promoting bacterial growth. Using mouse models, Murtha et al. demonstrate that when the intracellular insulin signaling pathway is compromised, antimicrobial defenses are compromised too, and the mice are unable to effectively handle uropathogenic E. coli introduced experimentally into the urinary tract. These observations strongly support the hypothesis that the antimicrobial defenses of the kidney are dependent on insulin, and the urinary tract infections associated with diabetes occur due to reduced expression of these key effectors of innate immunity.

Increased incidence of UTI in diabetics. 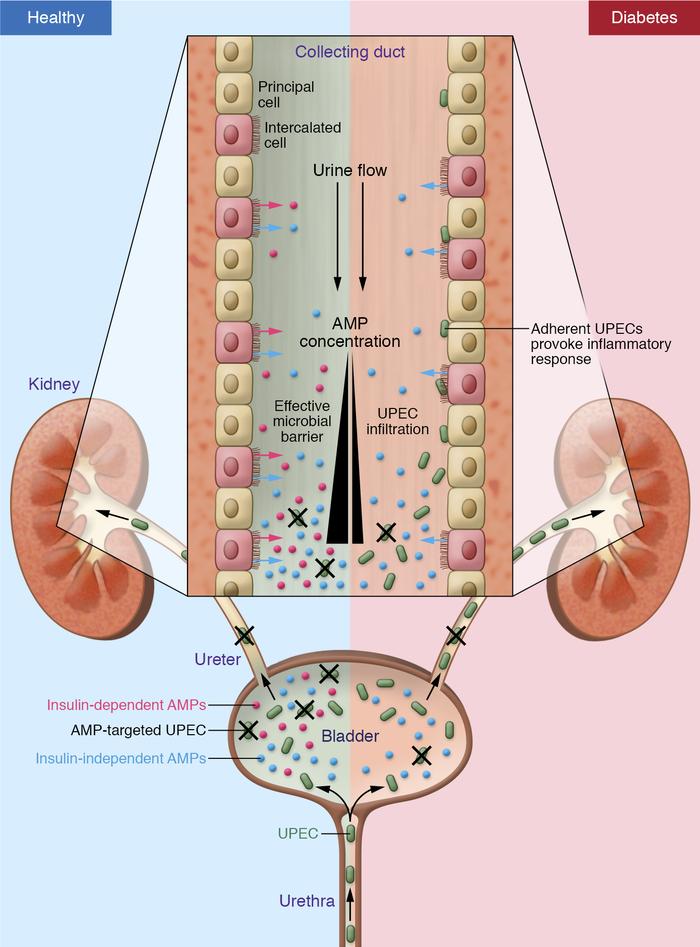