Reduced IL-23Rα expression in EBI3-deficient CD4+ T cells due to synthesis of misfolded protein and therefore increased degradation of IL-23Rα protein at proteasome. 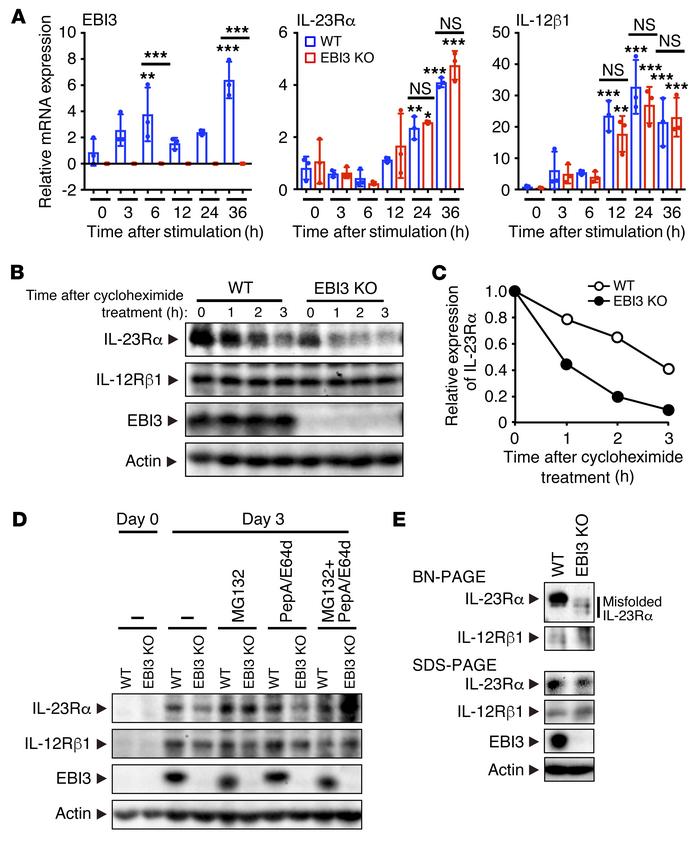