Zika virus (ZIKV) is a teratogenic mosquito-borne flavivirus that can be sexually transmitted from man to woman. The finding of high viral loads and prolonged viral shedding in semen suggests that ZIKV replicates within the human male genital tract, but its target organs are unknown. Using ex vivo infection of organotypic cultures, we demonstrated here that ZIKV replicates in human testicular tissue and infects a broad range of cell types, including germ cells, which we also identified as infected in semen from ZIKV-infected donors. ZIKV had no major deleterious effect on the morphology and hormonal production of the human testis explants. Infection induced a broad antiviral response but no IFN upregulation and minimal proinflammatory response in testis explants, with no cytopathic effect. Finally, we studied ZIKV infection in mouse testis and compared it to human infection. This study provides key insights into how ZIKV may persist in semen and alter semen parameters, as well as a valuable tool for testing antiviral agents.

ZIKV triggers a broad antiviral response but no IFN upregulation and a minimal proinflammatory response in human testicular tissue. 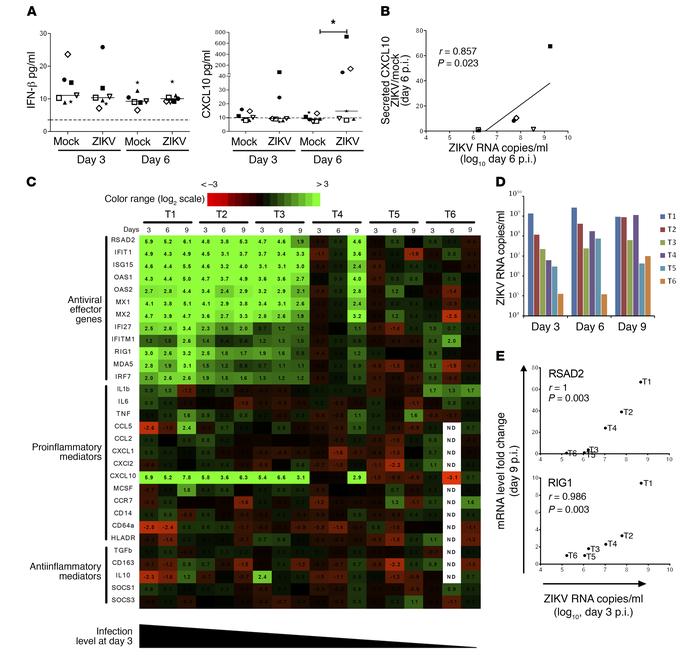