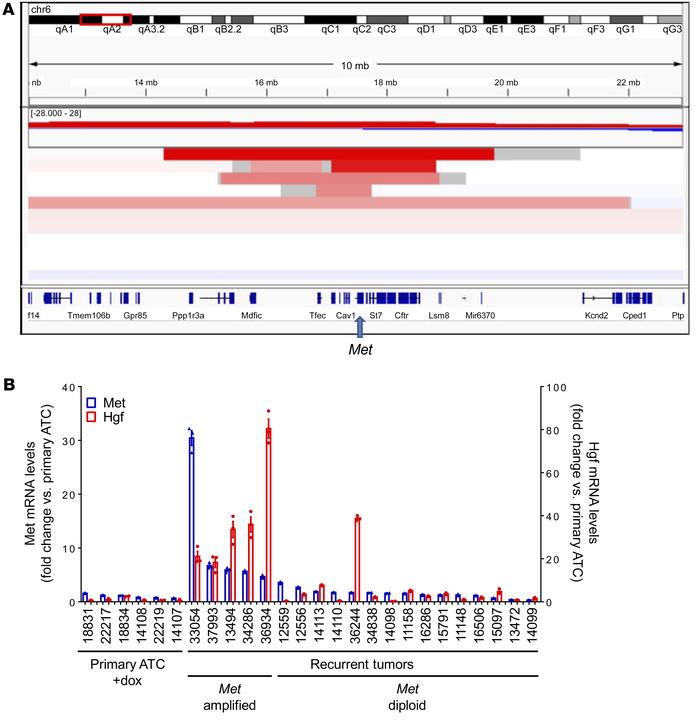 () IGV of copy number changes determined by FACET from exome sequencing reads of recurrent ATCs. Focal amplification of chromosome 6 was seen in 5 of 11 tumor relapses. The minimal common amplicon includes , , , , , , and . () Quantitative RT-PCR demonstrates overexpression of Met and Hgf in recurrent tumors with amplification. Bars represent the fold change in expression of Met and Hgf compared with primary ATCs. Quantitative RT-PCR for primary ATCs and recurrent tumors were run in triplicate.