Expression of ob mRNA and its encoded protein in rodents. Impact of nutrition and obesity.

R C Frederich, B Löllmann, A Hamann, A Napolitano-Rosen, B B Kahn, B B Lowell, and J S Flier

Find articles by Löllmann, B. in: JCI | PubMed | Google Scholar

Find articles by Hamann, A. in: JCI | PubMed | Google Scholar

Find articles by Napolitano-Rosen, A. in: JCI | PubMed | Google Scholar

Find articles by Lowell, B. in: JCI | PubMed | Google Scholar

The mutant gene responsible for obesity in the ob/ob mouse was recently identified by positional cloning (Zhang Y., R. Proenca, M. Maffel, M. Barone, L. Leopold, and J.M. Friedman. 1994. Nature (Lond.) 372:425). The encoded protein and to represent and "adipostat" signal reflecting the state of energy stores. We confirm that the adipocyte is the source of ob mRNA and that the predicted 16-kD ob protein is present in rodent serum as detected by Western blot. To evaluate the hypothesis that it might represent an adipostat, we assessed serum levels of ob protein and expression of ob mRNA in adipose cells and tissue of rodents in response to a variety of perturbations which effect body fat mass. Both ob protein and ob mRNA expression are markedly increased in obesity. The levels of ob protein are approximately 5-10-fold elevated in serum of db/db mice, in mice with hypothalamic lesions caused by neonatal administration of monosodium glutamate (MSG), and in mice with toxigene induced brown fat ablation, (UCP-DTA). Very parallel changes are observed in adipocyte ob mRNA expression in these models and in ob/ob mice. As predicted however, no serum ob protein could be detected in the ob/ob mice. By contrast to obesity, starvation of normal rats and mice for 1-3 d markedly suppresses ob mRNA abundance, and this is reversed with refeeding. Similarly, ob protein concentration in normal mice falls to undetectable levels with starvation. In the ob/ob, UCP-DTA and MSG models, overexpression of ob mRNA is reversed by caloric restriction. These data support the hypothesis that expression of ob mRNA and protein are regulated as a function of energy stores, and that ob serves as a circulating feedback signal to sites involved in regulation of energy homeostasis. 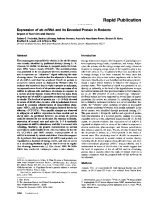 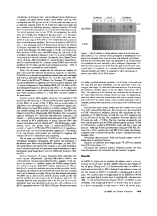 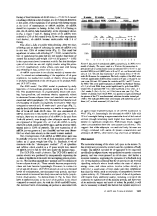 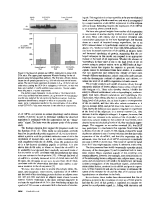 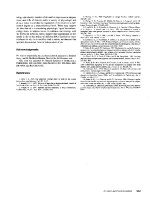