Find articles by Aström, A. in: JCI | PubMed | Google Scholar

Metabolism of retinoic acid to a less active metabolite, 4-hydroxyretinoic acid, occurs via cytochrome P-450 isozyme(s). Effect of a pharmacological dose of retinoic acid on the level of retinoic acid in skin and on cytochrome P-450 activity was investigated. A cream containing 0.1% retinoic acid or cream alone was applied topically to adult human skin for four days under occlusion. Treated areas were removed by a keratome and a microsomal fraction was isolated from each biopsy. In vitro incubation of 3H-retinoic acid with microsomes from in vivo retinoic acid treated sites resulted in a 4.5-fold increase (P = 0.0001, n = 13) in its transformation to 4-hydroxyretinoic acid in comparison to in vitro incubations with microsomes from in vivo cream alone treated sites. This cytochrome P-450 mediated activity was oxygen- and NADPH-dependent and was inhibited 68% by 5 microM ketoconazole (P = 0.0035, n = 8) and 51% by carbon monoxide (P = 0.02, n = 6). Cotransfection of individual retinoic acid receptors (RARs) or retinoid X receptor-alpha (RXR-alpha) and a chloramphenicol acetyl transferase (CAT) reporter plasmid containing a retinoic acid responsive element into CV-1 cells was used to determine the ED50 values for stimulation of CAT activity by retinoic acid and its metabolites. Levels of all trans and 13-cis RA in RA-treated tissues were greater than the ED50 values determined for all three RARs with these compounds. Furthermore, the level of all trans RA was greater than the ED50 for RXR-alpha whereas the 4-OH RA level was greater than the ED50 for RAR-beta and RAR-gamma but less than for RAR-alpha and RXR-alpha. These data suggest that there are sufficient amounts of retinoic acid in treated skin to activate gene transcription over both RARs and RXR-alpha. 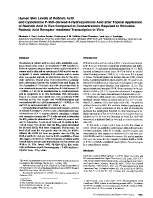 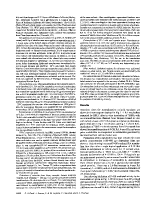 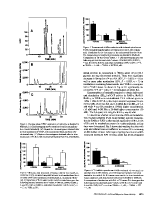 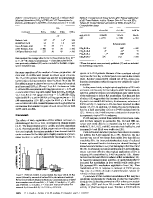 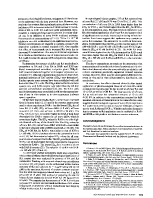 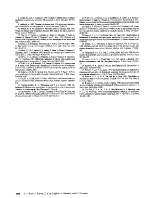