Vascular permeability disorders have been described in experimental models, as well as in human hypertension. We recently described the fact that vascular permeability to albumin is heterogeneous in the normal rat. In the present study, we examine the contents of Evans blue dye (EB) bound to albumin in selected organs of unanesthetized Wistar Kyoto (WKY) and in spontaneously hypertensive rats (SHR) at various stages of development of hypertension. EB was injected in the caudal vein of paired 4, 8, 12, and 16-wk-old WKY and SHR. Rats were killed 10 min after EB injection and extraction of the marker was measured in selected tissues. In additional 4 and 16-wk-old animals, bradykinin B1 and B2 receptor antagonists (BKA) were also injected with EB. Renal contents of EB bound to albumin were higher in the SHR than in the WKY: 196 +/- 9, 202 +/- 10, 182 +/- 7, and 196 +/- 9, compared with 158 +/- 8, 155 +/- 7, 138 +/- 7, and 118 +/- 6 micrograms/g dry tissue, in the 4, 8, 12, and 16-wk-old rats, respectively. In the 4-wk-old SHR and WKY, blood pressure values were normal and comparable, yet the alteration in EB permeability was already present in the SHR. Both BKA failed to alter the renal EB extravasation in the WKY, but the B2-BKA restored the renal permeability to control levels in the SHR. We conclude that a selective defect in the renal vascular permeability to EB developed in the SHR. Since this finding precedes hypertension and is corrected by a selective B2-BKA, it is suggested that bradykinin is involved at an early stage of the disease in the SHR. 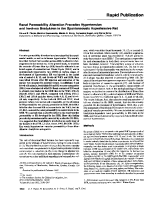 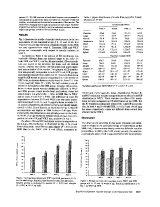 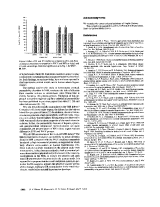