A juxta-membrane epitope on the human acetylcholine receptor recognized by T cells in myasthenia gravis.

T cell proliferative responses to synthetic peptides taken from the human nicotinic acetylcholine receptor (AChR) alpha-chain sequence, or to whole AChR purified from electric fish (Torpedo marmorata), have been studied, using blood, thymus, and lymph node cells, from 34 patients with myasthenia gravis (MG) and 17 controls mostly with other neurological diseases. Peptides were selected because they contained amino acid motifs that recur in most defined T cell epitopes. Peptide 257-269 (from the extracellular loop of the AChR alpha-chain between the second and third trans-membrane domains) stimulated cells from six patients and no controls. Peptides from region 125-143 (from the main extracellular 1-210 stretch), which is thought to be an important T cell epitope in rats, provoked responses in 26% of patients and 41% of controls. Two patients responded both to these peptides and to peptide 257-269, thereby implying some heterogeneity of their reacting T cells. Whereas the initial blood T cell samples sometimes responded both to Torpedo AChR and to the 125-143 peptides, T cell lines selected with either antigen subsequently showed no response to the other. This observation suggests that it may be essential to use human AChR sequences for studying truly autoreactive T cells in MG. Finally, no strong association was found between any of the responses to peptides and the HLA types of the responding individuals. 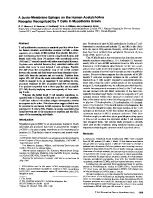 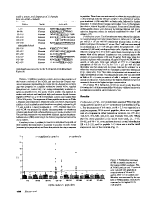 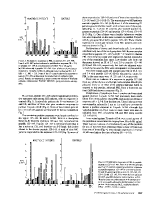 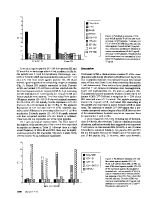 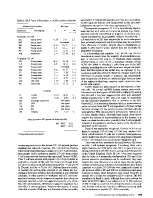 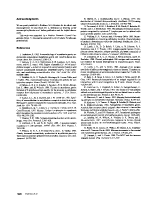