Alterations in adenosine triphosphate and energy charge in cultured endothelial and P388D1 cells after oxidant injury.

R G Spragg, D B Hinshaw, P A Hyslop, I U Schraufstätter, and C G Cochrane

Find articles by Schraufstätter, I. in: JCI | PubMed | Google Scholar

To investigate mechanisms whereby oxidant injury of cells results in cell dysfunction and death, cultured endothelial cells or P388D1 murine macrophage-like cells were exposed to oxidants including H2O2, O2-. (generated by the enzymatic oxidation of xanthine), or to stimulated polymorphonuclear leukocytes (PMN). Although Trypan Blue exclusion was not diminished before 30 min, cellular ATP was found to fall to less than 30% of control values within 3 min of exposure to 5 mM H2O2. Stimulated PMN plus P388D1 caused a 50% fall in cellular ATP levels. During the first minutes of oxidant injury, total adenylate content of cells fell by 85%. Cellular ADP increased 170%, AMP increased 900%, and an 83% loss of ATP was accompanied by a stoichiometric increase in IMP and inosine. Calculated energy charge [(ATP + 1/2 AMP)/(ATP + ADP + AMP)] fell from 0.95 to 0.66. Exposure of P388D1 to oligomycin plus 2-deoxyglucose (which inhibit oxidative and glycolytic generation of ATP, respectively) resulted in a rate of ATP fall similar to that induced by H2O2. In addition, nucleotide alterations induced by exposure to oligomycin plus 2-deoxyglucose were qualitatively similar to those induced by the oxidant. Loss of cell adenylates could not be explained by arrest of de novo purine synthesis or increased ATP consumption by the Na+-K+ ATPase or the mitochondrial F0-ATPase. These results indicate that H2O2 causes a rapid and profound fall in cellular ATP levels similar to that seen when ATP production is arrested by metabolic inhibitors. 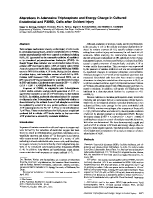 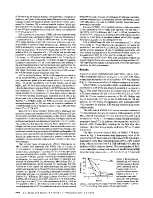 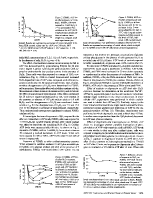 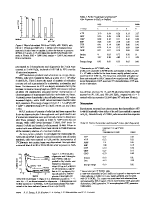 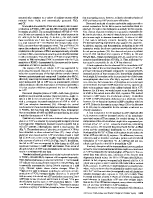 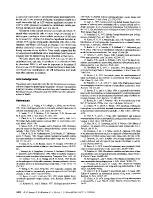