Diurnal Patterns of Triglycerides, Free Fatty Acids, Blood Sugar, and Insulin during Carbohydrate-Induction in Man and Their Modification by Nocturnal Suppression of Lipolysis

Previous studies have shown that carbohydrate induction of hypertriglyceridemia in normal subjects occurs at night and appears to be related to a rise of free fatty acids after diurnal feeding of high-carbohydrate formula diet. The present investigation was undertaken to observe the effect on 24-h triglyceride, free fatty acid, blood sugar, and plasma insulin profiles of inhibition of nocturnal lipolysis by glucose or nicotinic acid in normal subjects and in patients with type IV hyperlipoproteinemia.

In 10 normal subjects and 10 patients with primary type IV hyperlipoproteinemia, plasma triglyceride, free fatty acid, blood sugar, and insulin levels were followed in short intervals for 24 h while a 2,400 cal, 80% carbohydrate, fat-free formula diet was given in six equal portions during the day (control experiments). This procedure was repeated in the same subjects, 10 of whom (5 normal subjects and 5 patients) received additional feedings of glucose between 2000 and 0600 h while the other 10 persons (5 normal subjects and 5 patients) were given nicotinic acid by intravenous infusion during the same time interval. Both procedures resulted in maintained lowering of free fatty acid levels over 24 h. Mitigation of carbohydrate-induced hypertriglyceridemia appeared to result from the additional glucose in normals and in patients. Nicotinic acid abolished the nocturnal rise of plasma triglyceride levels which in the control studies of normal subjects had resulted in approximate doubling of triglyceride levels in 24 h. 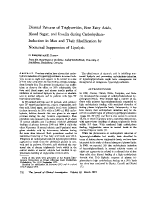 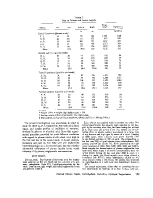 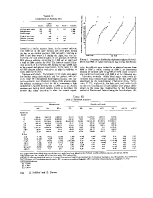 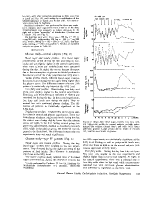 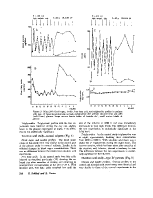 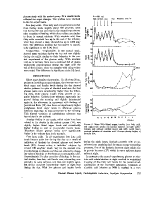 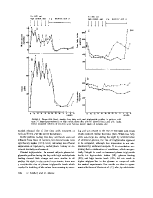 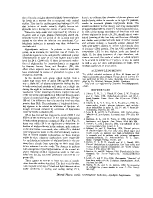 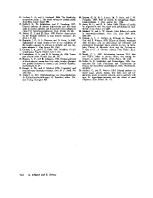