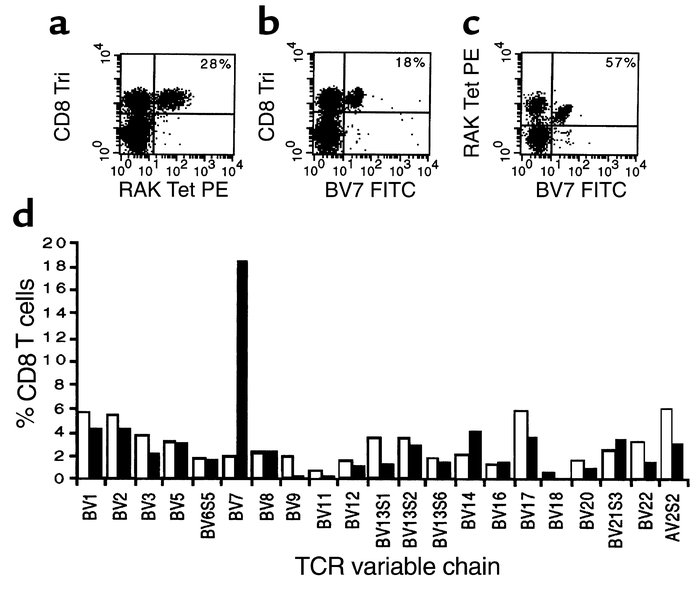 BV7S1 use by HLA-B8–restricted RAKFKQLL-specific T cells in patient NS21 during the primary response to EBV. PBMCs taken from patient NS21 during primary EBV infection were stained with TCR V region–specific mAb’s, with an anti-CD8 mAb, and with the B8/RAKFKQLL tetrameric complex. () Twenty-eight percent of the CD8+ T cells react with the B8/RAKFKQLL tetrameric complex; () 18% of CD8+ T cells express the TCR BV7S1 chain; () 57% of B8/RAKFKQLL tetramer–reactive T cells express BV7S1. () The overall CD8+ TCR repertoire of patient NS21 (filled bars) is distorted with an expanded population of CD8+ T cells expressing BV7S1. The mean TCR repertoire of a panel of 21 young control individuals is shown (open bars) for comparison.